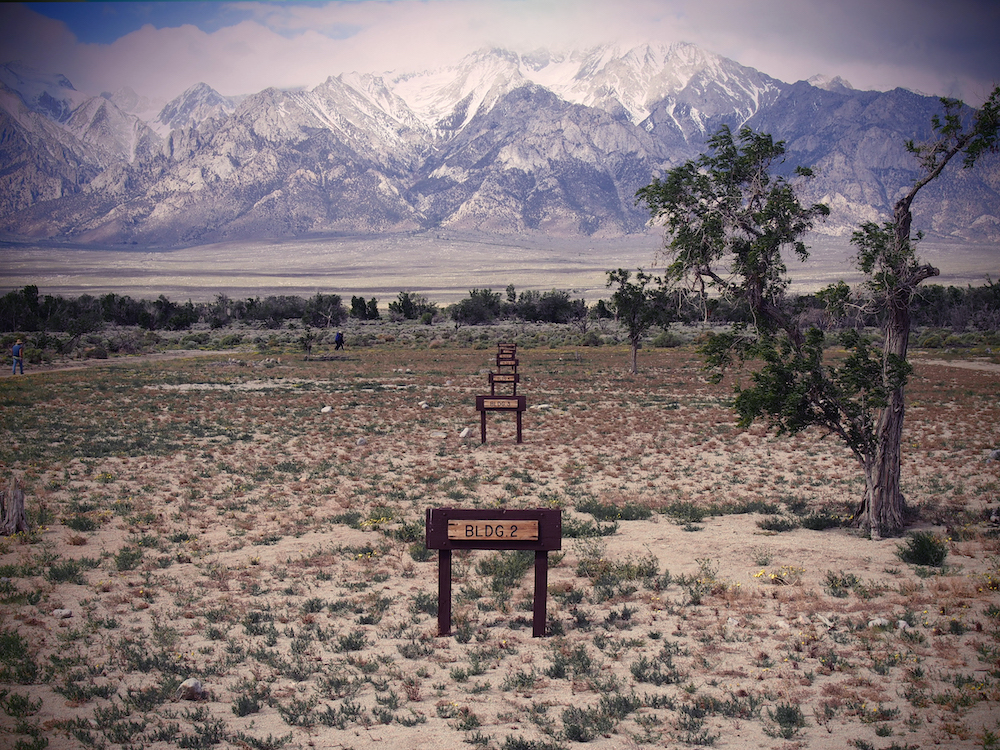 "When all the occupants of Manzanar have resumed their places in the stream of American life, these flimsy buildings will vanish, the greens and flowers brought in to make life more understandable will wither, the old orchards will grow older, remnants of paths, foundations and terracing will gradually blend into the stable texture of the desert. The stone shells of the gateways and the shaft of the cemetery monument will assume the dignity of desert ruins; the wind will move over the land and the snow will fall upon it; the hot summer sun will nourish the gray sage and shimmer in the gullies. Yet we know that the human challenge of Manzanar will rise insistently over all of America – and America cannot deny its tremendous implications."

The Owens Valley of eastern California is a bold and starkly beautiful landscape dwarfed on the west by sheer granite flanks of the Sierra Nevada escarpment and bounded on the east by the dry, brown crests of the White-Inyo range. The valley lies at a rare geographic confluence of the Great Basin, the Mojave Desert, and the Sierra Nevada where ragged scars in its desert floor hint at a turbulent geologic past. It is a landscape borne out of tremendous birth pains. Wailing winds and an ever pervasive swirling mass of pale beige dust act as visceral reminders of the alkali particles swept up from the lakebed and blown many miles to the north. In the rain shadow of majestic Mount Williamson, lies Manzanar a place marred by violence and tragedy where constant exposure to the elements have worn down remnants of a bygone era.

Located nine miles north of Lone Pine and six miles south of Independence, a small brown road sign denotes the presence of this National Historic Site. Each year tens of thousands pass by the obscure landmark en route to somewhere else - Los Angeles, Reno, Mammoth Mountain, Yosemite, or one of the many other recreational havens of the eastern Sierras. Their first impressions of Manzanar National Historic Site from Highway 395 is one of utter desolation. A looming guard tower, derelict structures, rock formations and concrete foundations cling on to an herbaceous understory of sagebrush and desert scrub. Gnarled fruit trees, cottonwood groves, statuesque Lombardy poplars and bare elms dot the flat expanse. For the watchful eye, the residues of Manzanar, as they exist today, are filled with surviving traces and careful reconstructions that act as witness to the site’s multilayered past.

During World War II, Manzanar contained a population in excess of 10,000 and instantly became the largest city in eastern California between Reno and Los Angeles. Years later, it simply vanished. Its former inhabitants who revisit often express doubts about their own memories of the place. Author Jeanne Wakatsuki Houston wrote of her fear of returning to Manzanar as an adult: “I half suspected that the place did not exist. So few people I met in those years had even heard of it, sometimes I imagined I had made the whole thing up, dreamed it.” When she finally visited, her doubts were confirmed - “there was only tumbleweed and sagebrush.” Indeed “the spirit of Manzanar,” according to photographer Ansel Adams’ 1944 account, “is fleeting and impermanent.”

Yet, each year many journey to a place which remains hardly recognizable, even to those who were once encircled by its perimeter fence. To discount the residues of World War II confinement as a historic anomaly denies its wider implications. The wartime evacuation of Japanese Americans gave precedent and constitutional sanctity for a policy of mass incarceration. The passage of Executive Order 9066 ignored the irony of the United States’ commitment to fight a world war for freedom, liberty and civil rights, whilst violating the same values on the home front so readily and with so little reflection. 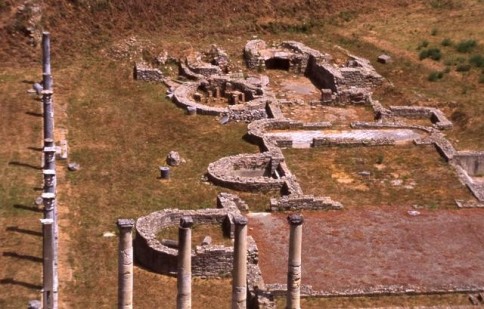 Given the dynamics of capitalism’s creative destruction, modern ruins occupy hybrid categories of waste and heritage. Their illegibility prevents them from deliberate commemoration or lapsing into, what cultural landscape historian and writer J.B. Jackson calls, “sentimental antiquarianism” or a “a glorification of the simpler ways.” While only noteworthy ruins possess age value or commemorative value, the current fascination with urban wastelands and derelict abandoned places differs from 19th and 20th century attitudes toward more traditional ruins as sources of authentic experience, as objects of scientific study or as records of organic change and decay. The traditional ruin implied a monument or a historically significant antiquity with an aesthetic quality that had the power to remind or recall. In other words, “an echo from the remote past [that] suddenly become present and actual. (J.B Jackson, 1980).

In studying ordinary and vernacular landscapes, J.B Jackson celebrates the power of the
ruin as “mementos of a bygone daily experience.” He exalts the interval between death and renewal, citing the pleasures of architectural decay. He passionately advocates for a discontinuity of history and “an interval of neglect” in The Necessity for Ruins stating that:

"… there has to be that interval of neglect, there has to be
discontinuity; it is religiously and artistically essential. That is
what I mean when I refer to the necessity for ruins: ruins provide
the incentive for restoration, and for a return to origins. There
has to be (in our new concept of history) an interim of death or
rejection before there can be renewal and reform. The old order
has to die before there can be a born-again landscape."

Ruination, deterioration and decay involves a process of “material dissolution and disintegration” with the involvement of more-than human-natures as agents in this process.“Decay can be halted,” J.B Jackson reminds “but only briefly and then it resumes. It is the negative image of history.”

This is the paradox of ruins, as described by independent author Rebecca Solnit in her essay, “The Ruins of Memory” published in After Ruins: 1906 and 2006: Rephotographing the San Francisco Earthquake and Fire (2006). She asserts that forgetting is detrimental to collective memory since:

"Ruins stand as reminders. Memory is always incomplete,
always imperfect, always falling into ruin; but material ruins
themselves, like other traces, are treasure: our links to what
came before, our guide to situating ourselves in a landscape of
time. To erase the ruins is to erase the visible public triggers of
memory; a city without ruins and traces of age is like a mind
without memories. Such erasure is the foundation of the
amnesiac landscape that is the United States. Because the
United States is in many ways a country without a past, it
seems, at first imagining, to be a country without ruins. But it
is rich in ruins, though not always as imagined, for it is
without a past only in the sense that it does not own its past,
or own up to it. It does not remember officially and in its
media and mainstream, though many subsets of Americans
remember passionately."

Like J.B Jackson, Solnit’s definition of ruins describes seemingly benign objects, such as Tanur's image of the Yucatan ruins, that are simply affected by the passage of time. Post-industrial landscapes, contaminated sites, military activities, industrial disasters and the material legacies of atomic testing on the other hand, present new challenges for the studies of ruins. Ruination in these contexts is rarely romanticized and the threat of toxic exposure or occupational illness require spatial strategies that East Asian Studies scholar Lisa Yoneyama terms “taming the memoryscape.” What conditions of power shape the ways in which certain
aspects of the past are privileged and selectively represented in the built and natural environment? 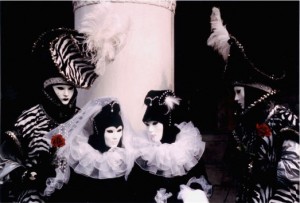 Carnival is celebrated throughout the western world; it is particularly famous in New Orleans. What immediately comes to mind is the stark contrast between the white-faced images of the Venice festival captured here, and the pictures of those stranded in New Orleans in the wake of Hurricane Katrina, most of who were African American. Indeed, when I think of New Orleans’ most famous event, I think of whiteness; of white faces partially hidden by masks and masks painted white. Who would ever imagine in examining Mardi Gras, in its organization, in its media representation, in its exclusivity, in its old-line krewes, that New Orleans is 70% African American? Understanding the dynamics driving the way that Mardi Gras is constructed may very well provide a map for interpreting the post hurricane images that continue to haunt us.