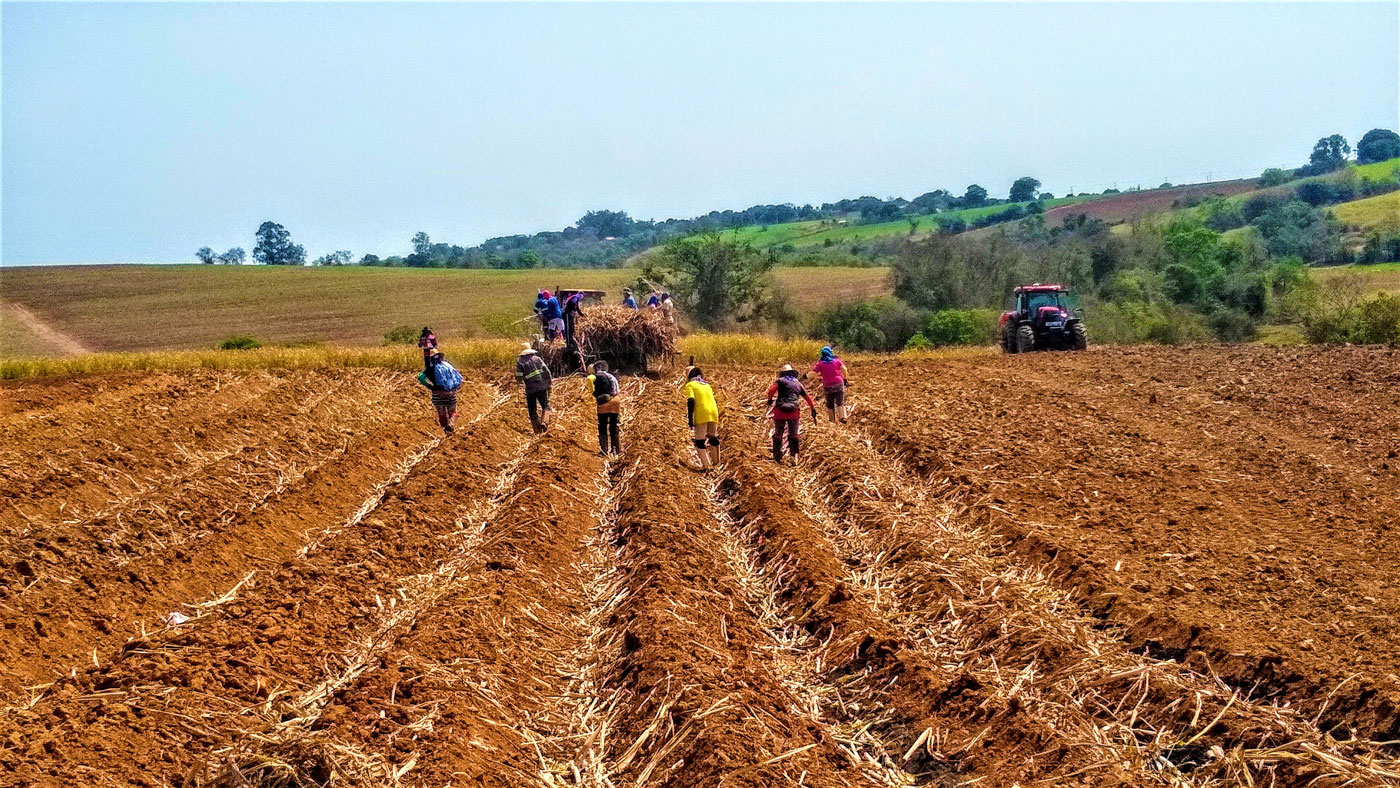 Sugar is central to Brazilian society since colonial times. Sugar plantations were the quintessential space for the exploitation of enslaved labor, and manual labor still persists. Nonetheless, the arched backs of the women on the photo are not what my research interlocutors see when they think of industrial agriculture.

I conducted ethnographic research with tech developers who design digital technologies applied to farming. In their work, drones, sensors, and autopilot tractors are projected to make planting, fertilizing and harvesting possible through algorithmic devices. In this new scenario, workers become responsible for fixing and riding tractors, and dealing with touchscreens that commanded the machinery.

When I encountered people working on the land, I was puzzled. Why was human labor missing from the images my interlocutors showed me? Why drones never photograph workers' bodies? Why is satellite imagery used to account for farm productivity? My interlocutors would say that images produced from above produce data that improves decision-making. I then decided to use my phone’s lens to think through a different perspective. The farmworkers were more than a reminiscence of the past.

Six men stood on the edges of a platform carrying hundreds of pounds of sugarcane. While the platform moved slowly, each man grabbed three stalks at a time and threw them on a furrow. Behind them, six women walked inside the trenches, using a long machete to place the stalks in the right position and cut them into pieces. This technique is used to prevent the stalks from bending when sprouting, guaranteeing the health of the newborn plants.

The work was arduous. With no shelter from the sun, no facial protection against the dust raised by the trucks, the women lift the heavy machetes with one arm, while the other leaned on their back, to avoid pain. “Women are more delicate”, one of them said, and a male tractor driver added: “Men don’t care if cane overlaps. Women pay more attention to detail, they are more careful”.
Feminist scholars have shed light on multiple situations in which emotional labor and exploitation function together. This photograph is, then, a reminder that contradictions coexist. The women’s work with machetes is both gruesome and meticulous. The heavy metal boots prevent toe cutting, while they pick colored scarves matching with the t-shirts to avoid neck sunburn. The women’s role in that farm was determined by a larger patriarchal system that put them in the place of caregivers, wearing their bodies down. And yet, like Brazilian writers Helena Silvestre and Carolina Maria de Jesus state, wherever there is life, there is a drive to live.

Photographing these women and their techniques to style and protect their bodies, therefore, does more than revealing something that might be missing in the lenses of drones and satellites. Photographing human labor, especially women’s, in contexts where people are supposedly inexistent, is a way to account for the lives obfuscated by the contemporary narratives of modernization, progress and digitization of industrial agriculture. 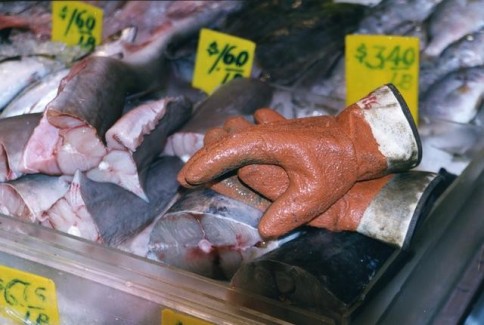 >In Becoming Salmon (2015), anthropologist Marianne Lien states that the act of slaughtering animals cannot be removed from a web of meanings. An activity that seems, at first, simply mechanic and repetitive is, actually, embedded in a network of relations. For example, feeding farmed Atlantic salmon has become an issue of animal-welfare and state regulations.

In Fish with Hands, Rachel Tanur reminds us that fish exhibited in markets are not merely food. The price tags are an invitation to imagine the social life of fish, or what came before the picture. Where did the fish come from? How were they processed? How were living animals transformed into products?

But Rachel’s picture reminds us of something else. If we shaped the ways fish are produced and consumed, fish can also shape us. The framing of the gloves sitting on the stall captures our gaze as an indicator of the person who is there every day. Rachel knows that the gloves position was not a coincidence. Whoever placed them there was careful enough to arrange a place that did not disrupt the fish, who calls for special forms of manipulation. The interlaced fingers make the pair of gloves stable, for example, so that they would not fall and get dirty. The human body feels what the body of the fish asks for, and the gloves signal to that.

Feminist scholars have been discussing how care has been commodified in different settings to explore people’s labor (Cameron 2000). Along these lines, we could think of the gloves as an indicator of a worker who was somehow induced to be gentle with the fish in order to make the products more enticing to the costumers. At the same time, with the aid of contemporary scholars, we can take a step ahead. Social scientists suggest that care is a powerful doorway to access community making and creation of ties of all kinds, animals included. What if we could find, in the gloves whimsically standing beside the fish, a glimpse of what Anna Tsing (2012) calls the “potential collaborations” to make our planet livable? Can the intimacy between the human and the dead fish tell us something about possibilities of living together with other species on an already damaged earth?

In the past decades, social scientists have invited us instead to think of the social lives of pictures (Pinney 2011), and more recently, a new perspective suggests that images are productive and shape our lives (Strassler 2009). Rachel’s Fish with hands is more than a representation of a fish market, or of labor conditions. For its sensorium qualities (Pink 2005), the photograph can guide us through issues of care, labor, and interspecies relationships. The photograph is not an answer, but it works as a glimpse of what collective life could be like if we reexamined our relationship with the planet through the lenses of commonality, care and attention to other beings.