More than an Etched Name 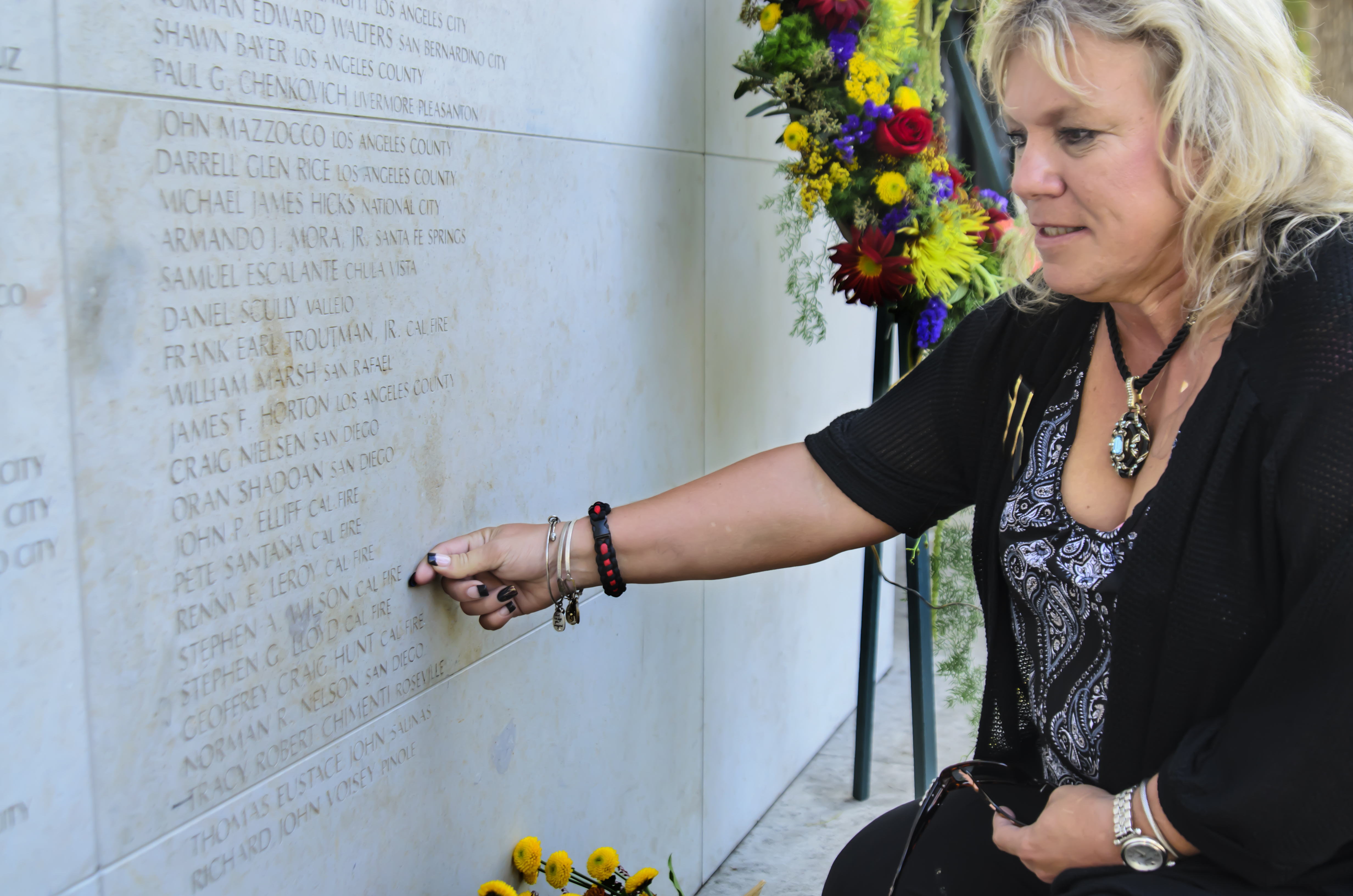 Sacramento’s Firefighter Memorial bears over 1,300 names of the men and women who have lost their lives protecting their fellow Californians. Annette’s husband passed away in April of 2014 from a heart attack; she fought for months for his death to be classified as job related. The investigation concluded the heart attack was induced from exposure at a fire days before his passing and Steve became eligible to be added to the wall. In October 2014 his name, STEPHEN A. WILSON, CAL FIRE, was added to the memorial wall. As the ceremony commenced, clouds lined the sky and rain fell with the many tears of those who gathered to honor the fallen. Each honoree’s family was presented a folded flag; children, parents, partners, and fellow firefighters received the sentiment to the lost, and the pain was evident wherever you stood. Annette already rubbed a copy of his etched name after the ceremony, but she was having trouble leaving his name and his memory. She pointed to his name and gritted her teeth while telling me about him I snapped this photo.
What binds those still living together? Those left behind are the legacy of the lost, giving them a link to each other. No matter what heroics lead to the demise of those lost, whether they were civilians, first responders, or part of the armed forces; memorials like this immortalize their sacrifice. Elisabeth Kübler-Ross (1969) helped popularize death – and how the living make sense of it – as a research topic. The well-known five stages of coping have helped many understand what will come to everyone. Once we accept our fate, we can focus our time and energy on living a good meaningful life. Steve and numerous others risked their lives in service of the people of California, and we honor those who made the ultimate sacrifice. The last of the stages is acceptance: we can preserve the memory of those who have died by accepting the loss, and use the memory of their sacrifice to connect our lives to theirs. When Halbwachs (1969) studied the social context of memory recall, he found that once enough people in a group forget an event, the memory is lost entirely. This is connected to the ideas in the Mexican celebration of the Day of the Dead, where visiting the sites of commemoration and leaving offerings keeps loved ones in the “Land of the Remembered”, but those who have no one to remember them go to the “Land of the Forgotten”. For Annette and others who gathered there, the Firefighter’s Memorial serves this purpose, while others instantly recognize the WWII memorial statue and more recently the 9/11 memorial in New York.
Berger (1967) describes theodicy, the social necessity to make sense and meaning out of chaos and evil. The heroes of disasters are commemorated to give society the frame it needs to continue. The memorials serve as closure and helps shift the event from a horrid tragedy to another uniting scar that we survived together. This year alone California has seen some of its most destructive fires, destroying over a million acres of land, homes, and claiming multiple lives. These areas of high-fire-risk lead to an increase in need of risky occupations and then a need to once again commemorate the brave lost in the fight. 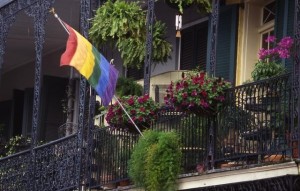 Rachel’s photo entitled New Orleans Balcony is not only aesthetically pleasing but holds a more dynamic meaning. Although historically marginalized in the U.S. and many other societies, relationships represented by this flag have gained grounds in getting the rights they deserve. The Stonewall Riots of 1970 in Greenwich Village galvanized the pride movement (Suh, 2014). In 1977, Harvey Milk became the first openly gay official, and used his position on the San Francisco Board of Supervisors to advocate for LGBTQ rights. He was murdered but became seen as a “humanitarian martyr for love” (Popova, 2015). A foundation, books, and movies have been made in his honor and for the benefit of the LGBTQ community. Although the AIDS epidemic got negative attention for the movement it also called for better understanding of the people in the growing group. The photo shows a flag blowing in the wind near the center of the picture, calling notice to the central focus on the Pride Movement. The flag fits with the colors of the surrounding environment and looks like it belongs. The plant that grows around its base gives it more strength. New Orleans has long been a city of inclusion and new beginnings. The French Quarter’s particularly diverse demographic history gave rise to its architectural synthesis blending French, Spanish, Creole and American styles. Each corner gives visitors a new variety of enjoyment and history. New Orleans has been more accepting than most of the country, and it is fitting the LGBTQ population is represented there. Immigrants entered New Orleans with the hope of the American Dream, they quickly learned the paradox of the idea. Although it is more accepting, each immigrant had to earn the right and ability to be called American, much like all immigrants that came here for freedom had to wait to become white. The Pride Movement has met much opposition but recently has begun to receive some of the rights they have been pursuing. In a sense, LGBTQ Americans are becoming a more normal, accepted part of society, similar to the process traversed by many immigrant groups. Rachel’s photography sheds light on some dark corners of society and allows each scholar to analysis her photos. A rainbow holds all colors, including everyone who takes their identity. Rainbows are also a symbol to Christians, it is a sign from God that He will not flood the Earth again. To the Irish, it speaks to their legend of the leprechauns and a pot of gold at the end of a rainbow (McDermott, 2015). Most people are inspired by rainbows and excited to see the meteorological phenomenon in the sky. Now the rainbow is another symbol for equality and fairness for all.